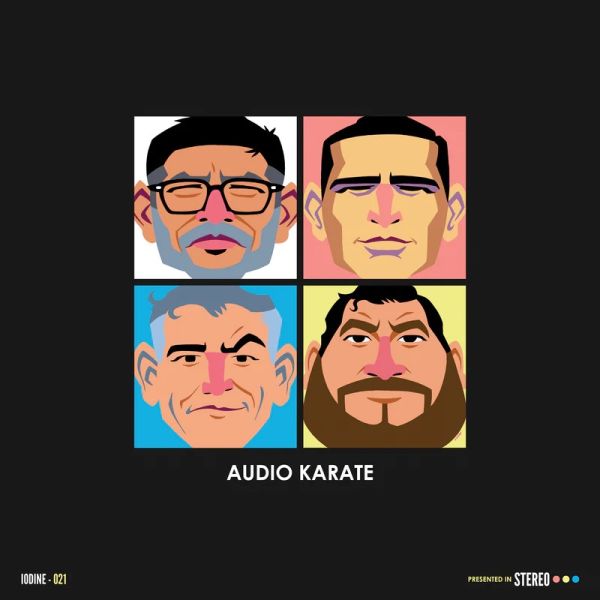 $22.00
From the suburbs of East Los Angeles, CA, four Mexican American kids came together in 2001 to form the band Audio Karate. Audio Karate developed a unique sound that drew from their many influences such as Descendents and Jawbreaker. Their unique mix of melodic and emotional punk rock helped them develop a big fan base and quickly caught the attention of Kung Fu records, who signed them in 2001 alongside bands like Blink-182 and Tsunami Bomb. Audio Karate were far from being just another “punk” band, and their blend of melodies and hooks set them apart, making it difficult to place them in any one genre. The band has mastered the art of writing infectiously catchy songs with deeply personal lyrics, while still remaining upbeat and fun. Audio Karate spent the early 2000s touring heavily and shared stages with bands like Blink-182, NOFX, The Ataris, Face to Face, and had many Van’s Warped Tour appearances. Their first studio album “Space Camp” was met with much acclaim from critics and fans, and the band was often featured on MTV and Fuse TV. Their follow up album “Lady Melody” was produced by Bill Stevenson of the Descendents. The record straddled pop-punk convention and technical oddity, with unique key changes and riffs that seemed to sound “wrong” while sounding gloriously right. Even Stevenson wondered how they did it, marveling at times during their recording sessions: “Technically, this shouldn’t work.” Audio Karate went on a long Hiatus in 2006 and returned in 2018 to record their third album “Malo” for Wiretap Records and support their idols, Descendents, on a U.S. tour. Shortly after their return, the band began working with Iodine Recordings for anther release. “¡OTRA!” is a collection of their rare and unreleased material that spans the history of the band and feature works produced by Bill Stevenson (Descendents/ALL) and Trever Keith (Face to Face). Featuring guest vocals by Agent M / Emily Whitehurst of Tsunami Bomb and new original artwork by Chris Shary (Descendents). “¡OTRA!” contains some of Audio Karate’s best songs that have never been released on vinyl. A soon to be essential volume for pop-punk and emo fans’ collections. *On PINK Vinyl! Iodine Recordings.
Availability: In stock
SKU
AUDIO KARATE-LP
Facebook Twitter LinkedIn Google + Email
Add to Wish List Add to Compare