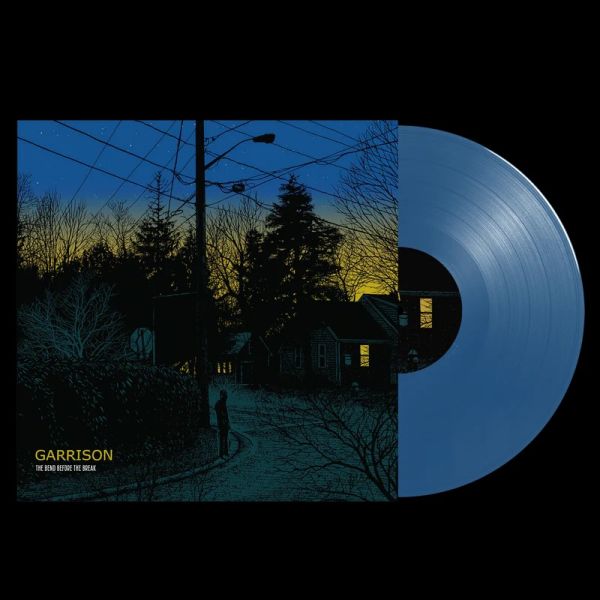 $22.00
Garrison was born in Boston during the heyday of the prolific late ’90s post-hardcore scene. Their cohort featured heavy hitters like Piebald, Cave In and Converge. Following in the footsteps of bands like Quicksand, Drive Like Jehu, and Texas is the Reason, Garrison drew from many influences to create a hyper-melodic sound that ranged from hardcore to emo, all without fitting neatly into any genre. They executed a complex and unique sound, seamlessly combining technical guitar riffs, melodic vocals, and heavy breakdowns in a way that few bands were able to achieve. Garrison toured relentlessly, playing regularly alongside iconic bands of the era such as The Get Up Kids, Hot Water Music, Taking Back Sunday, and New Found Glory. Shortly after forming, the band found themselves signed to Revelation Records where they released their first EP “The Bend Before the Break.” The EP was well received among fans and critics and made a place for itself as a notable release for the post-hardcore movement. “The Bend Before the Break” opens with “Serious Heavy Drama,” which immediately hooks you with its melody, and slowly builds to a brooding and emotional breakdown where singer Joseph Grillo screams his words in a final emotional crescendo. The EP rises with pop melodies such as “Harlow” (a song that remained a fan favorite even after three more releases) and ends with the somber and dark “Untitled,” embracing more of a Midwest-Emo theme, and bringing to mind a band like Mineral. Though Garrison went on to release numerous albums on Revelation Records, Iodine Recordings, and Simba Recordings, “The Bend Before the Break” remained their most popular release. The record harnessed a raw and genuine youthful energy. Nearly 23 years later, Iodine Recordings presents “The Bend Before the Break” for the first time as a full length LP, including “You're Devastated, I'm Sure” and “Untitled”, previously unavailable on vinyl. The new B-Side includes rare and previously unreleased material that spans the band’s history from 1998 to 2004, including their first 7” record “24” and their split EP with UK’s Hundred Reasons, all fully remastered and featuring all new artwork by Dan McCarthy. “The Bend Before the Break” remains a relevant and vital volume in the post-hardcore and emo canon. *On BLUE JAY color vinyl! Iodine Recordings.
Availability: In stock
SKU
GARRISON- "The Bend Before The Break" LP (Blue Jay)
Facebook Twitter LinkedIn Google + Email
Add to Wish List Add to Compare