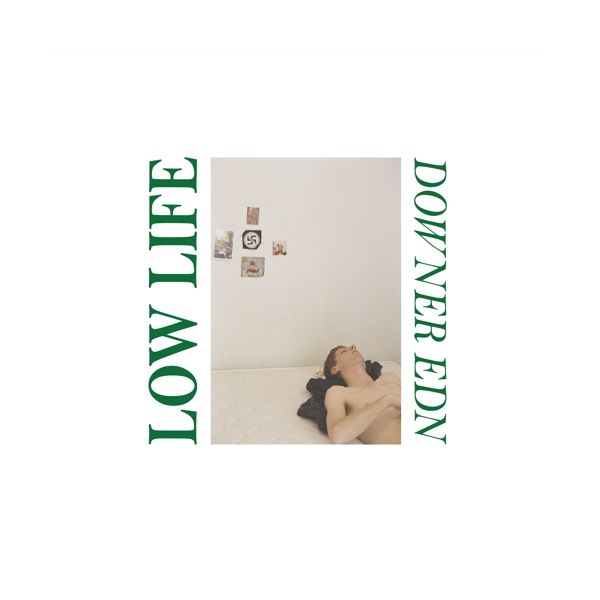 $20.00
The whole “five band years = a lifetime” biz trope is justified, if not negated, by the second album from Sydney’s Low Life. Arriving with an aura of anticipation, Downer Edn (read: Edition) feels like a collective document of the band’s timeline since their unforgettable debut Dogging—an album which made enough of a mark on the punk landscape in 2014 to justify a reissue on London’s Alter in 2017. Recorded over two years and mixed in 2018 by Mikey Young (Total Control / Eddy Current Suppression Ring), Downer Edn sees the core trio of Mitch Tolman, Cristian O’Sullivan and Greg Alfaro expand their ranks to a five piece. Dizzy Daldal of Oily Boys & Orion was brought in to reinforce the thick wall of guitars, whilst fifth member Yuta Matsumura, also of Oily Boys & Orion, re-joined the group later to free Tolman up as a dedicated front man for live duties. The hours of studio work have resulted in making the band sound more confident and fully realised, reaching for and finding a sound that was perhaps unattainable five years prior. However, lurking behind the bigger vision and polished production is a complex proposition and a dark blast of an album. As far as Australian punk is concerned, this album not only shatters the boundaries, it does so with the lushest attack conceivable. Like their (admitted) influence, the enigmatic Ohio legends of obscurity, V3, seldom has the fuck word been sung (repeatedly) in such a believable and poetic manner. The visceral pounding of melodies throughout the album transforms their inspirations; desperation, neuroses, trauma, survival, hooliganism, violence, hope, rejuvenation, and their hometown of Sydney’s full architectural and social scope—from a realm of intangibility to the very, very tangible. In the words of Mitch, “We’re influenced by Sydney as a whole, whether it be the hot and muggy concrete streets of the West and South West, the “glorious beaches” of South Sydney, the racial tensions left over from the putrid Cronulla riots of 2006, the pompous and superficial fake tan / bleached teeth combo suburbs of Bondi, as well as Sydney’s iconography: The Harbour, the Bridge, the Opera House, Kings Cross. All the desperation embedded in and around these areas, including the eternal influx of troubled people looking to get into trouble, is our experience and main influence.” Goner Records.
Availability: In stock
SKU
LOW LIFE- "Downer Edn" LP
Facebook Twitter LinkedIn Google + Email
Add to Wish List Add to Compare