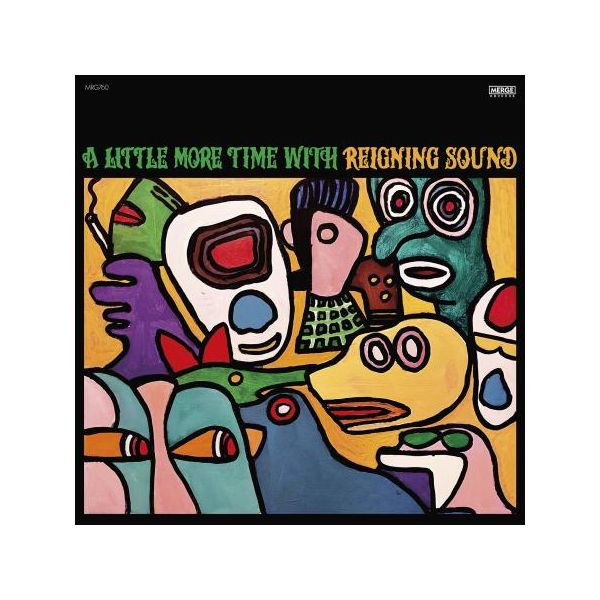 $21.00
A Little More Time, Reigning Sound’s seventh proper full-length, is the original lineup’s first in-studio collaboration since 2005’s Home for Orphans LP, which Merge reissued last year. Ultimately, that 2020 reissue laid the groundwork for the outfit’s reunification. Greg Cartwright explains, “When Merge reissued Home for Orphans, we booked a little string of shows with the original lineup. We still love to get together and play every couple years.” The short reunion tour wrapped just as pandemic hit the United States. Soon after, Cartwright found himself with a batch of new songs. With Reigning Sound’s current lineup based in New York City, then a COVID-19 hotspot, Cartwright made the decision to produce the new record back in Memphis—though he did regret not being able to work with the players behind 2014’s Daptone-recorded Shattered. “It was not something I anticipated, making a record with the original lineup again,” Cartwright says. “Mainly, because I had guys I was playing with, and we had an established dynamic that was working. In addition to working with old bandmates, Cartwright enlisted acclaimed producer Scott Bomar (Al Green, William Bell) at Electraphonic Recording, to produce in downtown Memphis. For the new LP, Cartwright employed a string section, an additional percussionist, and a pedal steel player on some of the tracks. Beyond that, Coco Hames (The Ettes, Parting Gifts) sings co-lead vocals on “Just Say When." Merge Records.
Availability: In stock
SKU
REIGNING SOUND- "A Little More Time With" LP
Facebook Twitter LinkedIn Google + Email
Add to Wish List Add to Compare