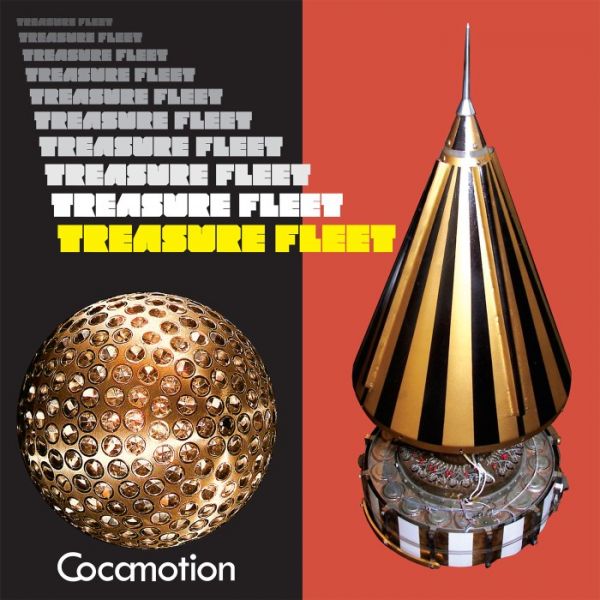 Isaac joined a project Todd C. had been doing with the members of the Dios Malos in L.A., under the name Bible Children. They did a handful of shows around L.A. and Chicago, recorded a demo, and broke up in 2009 under the stress of long distance. In summer 2010, Thotz restarted the effort with friends and local Chicago musicians Neil Hennessy (of the Lawrence Arms) on bass, Dave Merriman (of the Arrivals) on keys, Mike Oberlin (of Sass Dragons) on drums, and Eli Caterer (of Smoking Popes) on lead guitar. Now called Treasure Fleet, the band went into Atlas Studios in Chicago in March 2011, intending to re-record a couple of of those early demos, maybe to self-release a seven inch. They ended up spending five days at Atlas and recording an eleven song mod-rock epic. With no plans for a proper release and busy summer schedules with their other bands, that record sat on the shelf, half-mixed and un-released. Despite the unfinished Atlas recordings, in December 2011, Treasure Fleet decided to self-record yet another album; which they did, in part at the loft and show-space where drummer Mike Oberlin lived, Lucky Gator, and in part at Isaac Thotz’s apartment and attic. This new record is: “Cocamotion.”

“Cocamotion”, Treasure Fleet’s debut release, is a melange of mod and psych inspired indie rock. Moving from the surfy “Coca Mama”, a tweaked- out Santo & Johnny semi-instrumental, to the new wave electro-punk “Vice”, from the the quirky Who-rock of “Black Rag”, to the Kink-ish camp of “Proud Mary”, the Morricone meets Clash “Ghost Town”, to the Pink Floyd tinged “Trapeze Artist” and “High on a bicycle”, “Cocamotion” is a psych- pop acid trip though the history of rock n’ roll. If MGMT had come of age with the hard rocking Who or Nirvana rather than arty Brian Eno, “Congratulations” would have been Treasure Fleet’s “Cocamotion”. And with bands like Underground Railroad to Candyland, Lenguas Largas, Pangea, this new psych sound is punk’s weird, dirty, drugged-out answer the folk-punk that’s dominated the scene for the last decade.