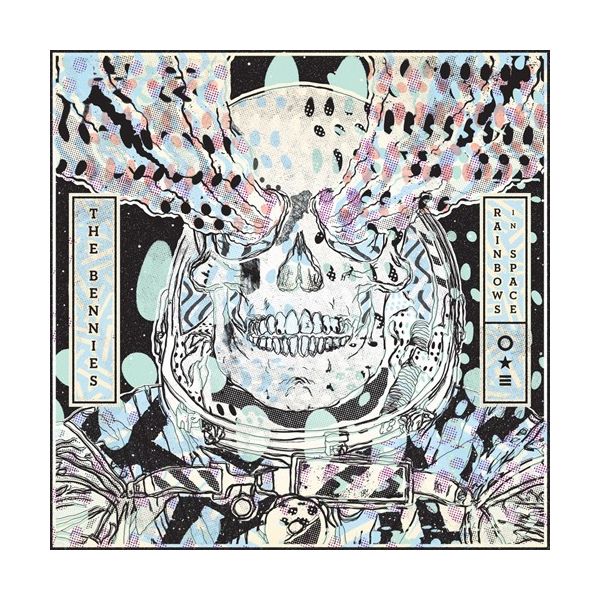 Like some kind of lethal speedball, 'Rainbows In Space', combines all the high energy, reggae-tinged punk rock party anthems your tiny heart can endure. There's chill Californian ska rhythms, brain-melting solos, bouncing basslines, speedy hi-hats and some of the most addictive choruses ever to seize upon your brain, plus Anty Horgan's signature, delay drenched vocals.

Jammed out in Melbourne with pal and producer Sam Johnson (The Smith Street Band, A Death In The Family), 'Rainbows In Space' picks right up where the ripping sounds of first album 'Party, Party, Party' and recent 7" 'Better Off Dread' left off.

"Anybody who says 'Winners don't do drugs' hasn't heard of The Bennies. Superb" - Blunt Magazine

"The motherfucker of all musical intersections: punk, ska, doom metal, psychedelic and reggae...overflowing with natural groove and energy" - Australian Hysteria