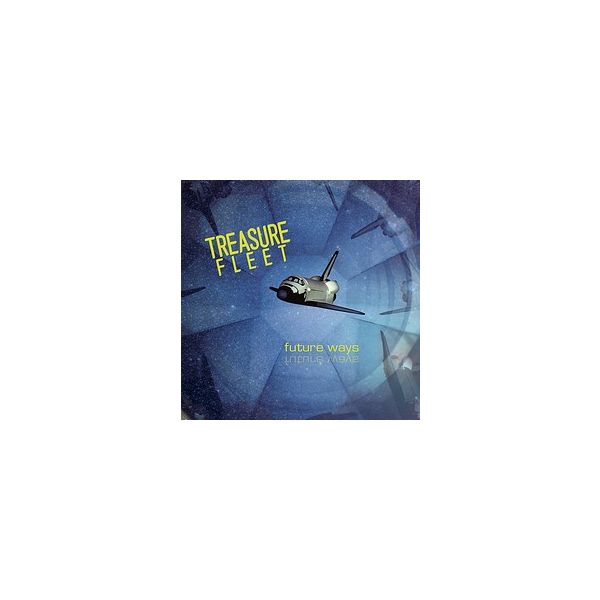 Treasure Fleet worked ambitiously in the studio, laying down track after track, layer after layer, performing well-rehearsed songs, writing harmonies, writing solos, inventing sounds, and moving on, often without listening back the recordings, until, by the end of the week, they’d created the eleven-song, multidimensional psych-pop epic that is ‘Future Ways’.

Due to touring and recording commitments with the band members’ other projects, ‘Future Ways’ was shelved. And shelved. And scrutinized. And coming back to it in December 2011, there was still no clear sense of how an album like ‘Future Ways’ would be properly released as an introduction to Treasure Fleet. So the band didn’t release the album. Following their original plan, they recorded another album-this one self-recorded, indeed, in Oberlin’s loft and Thotz’s attic. Titled ‘Cocamotion’, this “debut” record was finished by February 2012 and released in May of that year. Looking to the past and to the future, ‘Cocamotion’ revisited the moods and themes that originally inspired the band while setting the palate for what Treasure Fleet already knew would become a distinctive psych-punk sound with ‘Future Ways’.

The album ‘Future Ways’ is a storybook of psychedelic fantasies. Its songs are allegories of loneliness and addiction, Grimms’-fairy-tale-like in their whimsical half-warnings against bad decisions, bad behavior, and psychological instability, while, at once, reveling in the thrill of all that. The tones, the themes, the layering, and the ubiquitous harmonies of the record borrow much from late-sixties british psych and mod recordings-Sgt. Peppers, the Who Sell Out, Syd Barrett’s Pink Floyd-that are the mother’s milk of Treasure Fleet, ideas trapped in the band members’ psyches before they could have possibly discovered music on their own. The pop-punk pedigree of the band is apparent, as well. The musicians inevitably turned to those ideas that come most naturally as they attempted to complete an album of such ambition and complexity on such a tight recording schedule. The result, ‘Future Ways’, sounds at once historically well-informed and musically inspired. Like browsing a scrapbook of childhood photos, it’s a strange meeting of elusive worlds: a past well-known yet unremembered, anticipating a future that will be knowingly familiar, yet undeniably new.