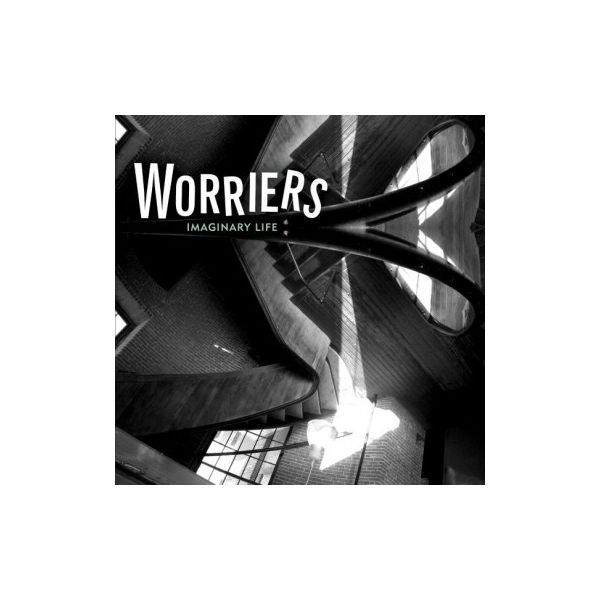 Being released by Don Giovanni Records, Imaginary Life is Denitzio’s first time single-handedly generating an entire record’s worth of material. Accompanied by Rachel Rubino (Each Other’s Mothers, Troubled Sleep) and John McLean (Dead Dog, Todd Killingz) on lead guitars, Audrey Zee Whitesides (Mal Blum, Little Waist) on bass, Mike Yannich (The Ergs) on drums, and Lou Hanman (Caves) on backing vocals, Denitzio also asked Laura Jane Grace to produce the record. Working with a woman producer, and someone who came from a DIY background, was crucial to Denitzio. Grace enthusiastically agreed and brought on Marc Hudson, Against Me!’s front-of-house sound person and tour manager, to engineer the record at his studio in Fenton, MI. Grace also took Worriers on a nine-day tour with Against Me! in February to become better acquainted with their sound. In the studio, the group worked meticulously on the tracks—even creating multiple versions of certain songs using Casio beats—to give them time to develop into exactly what they were looking to create.

“I was writing songs that had to do with moments in my life that only happened very briefly, or things that could have happened had things gone a little differently, both in positive and negative ways,” says Denitzio. “I don’t mean regrets, but how life could be entirely different if you make a couple of different choices.”

While Imaginary Life doesn’t stray too far from past Worriers’ releases, it resonates stronger than ever in both sound and message. It flows fittingly backwards, opening with “Jinx,” a softer song that barely hits the one-minute-mark. We are presented with what seems to be a reflection of the current state of life and a fear of change, how goods things have been and wanting to hold onto that. From here, the album cracks wide open into all that ever came before. “Glutton for Distance,” with it’s mathy guitar leads and overflowing lyrics, depicts the desire to sustain a long-distance relationship. In “Chasing,” there is a bit of a departure from what we’ve come to know of Worriers; it’s pop beat is reminiscence of something we’d hear on the radio rather than at a punk show. It’s unexpected but natural, juxtaposed to dark lyrics about giving into unrequited love and carried along by Denitzio’s polished vocals. In the resolute political ballad ”They / Them / Theirs” we are questioned regarding notions of the gender binary and the frustrations that come with it. “Plans” and “Most Space,” two of the catchiest songs on Imaginary Life, are reminders of what tripped us up over Denitzio’s songwriting in the first place—fast and infectious guitars, anthemic lyrics, and unyielding vocals that Worriers never fails to provide.