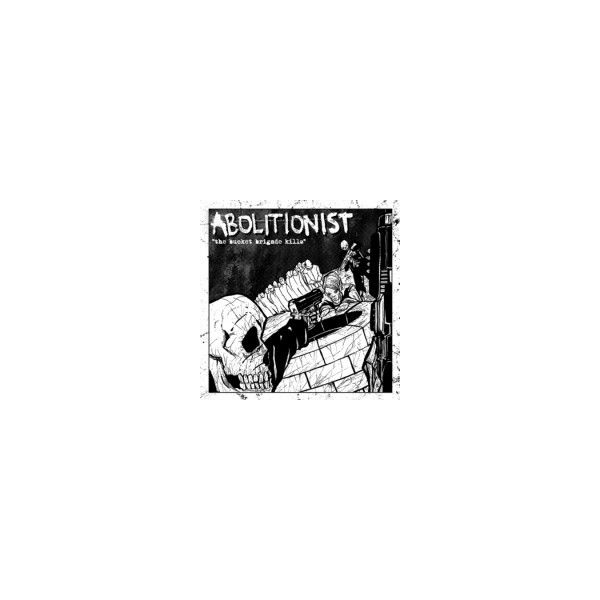 Abolitionist's side follows last year's It Used to Rain LP and acts as sort of an epilogue for the LP's concept of a world engulfed in flames. On "The Bucket Brigade Kills" the band tells the story of the bucket brigade squandering and wrongfully co-opting precious water for their own uses when other parts of the world need it more. It's a fitting metaphor that neither attempts to be too clever nor overtly direct. Interestingly, the band has become heavier sounding and more technically proficient. While their earliest release was fairly Jawbreaker-esque, the new song has an almost metal low end and gives the band a half Dillinger Four/half Naked Raygun flavor. Between the instrumentation and the abstract-but-not-too-abstract lyrics, the band seems to be channeling its energy in all the right places.

On the flipside, Fools Rush play off the theme established by its record mates by asking if there have ever been harder economic times than now on "Taker Thunderbolt." Built around a raw, raggedy, tightly strung guitar and growly vocals, the band seems influenced by early Gainsville acoustic-punk, but with hints of Billy Brag and even the shredded vocal styles of English smashers GBH. The open, purposefully sloppy sound has been done before, but the band seems to be pushing it further into something else by their choices to at times ignore melody in favor of intensity.

Both Abolitionist and Fools Rush seem distressed at the state of the world economy, with one band taking a distance view and another taking a earthen direct take. Both vehicles show interesting takes on what is essentially the same picture, and demonstrate how the same viewpoint can have an entirely different focus.