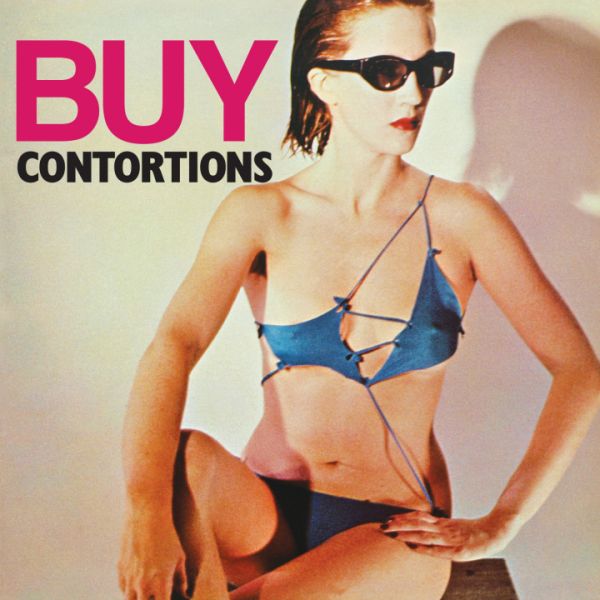 $25.00
Soon after their 1978 debut on the Brian Eno-produced No New York, a compilation that defined the No Wave scene, James Chance’s group Contortions had already evolved—getting sharper, tighter and just plain faster. Despite the loss of keyboardist Adele Bertei and bassist Geoge Scott (who refused to sign a new contract demanded by Chance and his then partner, band manager Anya Phillips) Contortions were firing on all cylinders, and their first full-length album, 1979’s Buy, is a marvel of hot-wired energy. Led by the brash yelps and free-sax squawks of Chance, Contortions spit out fiercely rhythmic tunes charged by the wiry guitar lines of Jody Harris and the dizzying slide guitar of Pat Place. With drummer Don Christensen slipping in pointillist beats and David Hofstra’s infectious basslines, the songs on Buy crackle with both precision and abandon. Opener “Designed to Kill” shoots sparks of sound in all directions, while “Contort Yourself” is a nihilistic dance number wherein Chance instructs listeners to twist into knots, physically and mentally. “It’s better than pleasure, it hurts more than pain,” he snarls, later imploring, “You better try being stupid instead of smart.” Heavily influenced by the showman funk of James Brown (whose “I Can’t Stand Myself” the band had covered on No New York) Contortions coined a downtown dance-punk sound that had immediate influence on subsequent No Wave bands—including Place’s Bush Tetras and Bronx trio ESG—as well as the burgeoning disco movement. On Buy, Contortions’ self-invented template is imprinted so hard into the grooves that it sounds like they’re about to break, capturing a combustible band in all its fiery fury. Superior Viaduct.
Availability: In stock
SKU
CONTORTIONS- "Buy" LP
Facebook Twitter LinkedIn Google + Email
Add to Wish List Add to Compare